In the United States, traffic accidents are common due to heavy traffic and drivers going over the posted speed limit. While many accidents are not serious, those involving high speed can lead to serious or even fatal injuries. The following is an overview of fatal speeding crashes in Rhode Island towns. If you or a loved one has been hurt due to an accident involving a speeding driver, contact a personal injury lawyer for advice.

According to the National Highway Traffic Safety Administration or NHTSA, speeding is one of the most common factors in accidents involving death or serious injury. It is estimated that crashes related to speeding cost the United States more than 40 billion dollars each year.

Statistics also show that young men are the most likely to be involved in a speed related accident, with men ages 21-24 being involved in fatal crashes 37 percent of the time. Females in this same age category are responsible for these types of accidents in 19 percent of cases.

Many speeding traffic accidents are preventable, with driver education and helmet laws for those riding motorcycles and bicycles. In Rhode Island, fatal accidents were more likely to occur:

As of 2013, the total percentage of fatalities related to speed are:

Most Common Reasons Drivers Give For driving too fast

While most drivers are aware that speeding is against the law, they give many different reasons for driving over the limit. Some of the most common reasons drivers give for speeding include:

Drivers who speed are costing the United States billions of dollars every year and people are dying needlessly. If you have been injured in an accident with a driver who was recklessly driving over the speed limit, contact a Rhode Island personal injury lawyer for an evaluation of your case. After reviewing your case, your  RI personal injury lawyer will let you know what options you have available to you.

Anyone who has ever driven a car has been guilty of speeding at some point or another. It is only natural to want to break a rule or two in the name of excitement. Perhaps you were on a deadline, and had no choice but to speed up if you wanted to make it on time. Whatever the reason, we can all relate. With that being said, it is a  traffic violation and if overly excessive could constitute reckless driving and it is dangerous.  Speeding could result in a speeding accident causing serious injury or even a fatality.

Speeding Statistics To Make You Slow Down

According to trafficticketsecrets.com, in the United States alone people pay approximately six billion dollars in speeding tickets every year. Sure, sometimes cops can be jerks and give you a ticket for surpassing the limit by only five miles per hour. More often than not in Rhode Island, however, people really are going too fast. If nothing else, just remember your wallet next time you think of speeding in Rhode Island and Providence Plantations.

According to Teen Driver’s Source, almost half of all teen deaths caused while driving were the result of speeding. In fact, young people are more likely to be killed while driving too fast than any other reason. That includes driving while drunk, which is also a big factor when it comes to the young crowd. If you have a teen child, or if you are one, it isn’t worth it. Rules were not put in place simply for the heck of it. The rules of the road have been carefully designed to keep everyone as safe as possible. Driving is dangerous, but it doesn’t have to be deadly.

Overall, speeding occurs in thirty three percent of all fatal / deadly crashes according to government statistics  http://www.transport.govt.nz/assets/Uploads/Research/Documents/Speed-2015.pdf.  That means that a whopping one third of car accidents are the result of driving too fast. Cars are big heavy machines, and they become harder to control the faster you are going. Slowing down not only gives you more control over the car, it provides more of a chance to observe your surroundings. As driving is primarily a visual exercise, observation is the key.

So before you go out and speed again, just remember that your chances of making it your destination safely just got a little worse. Actually, make that a lot worse.. A  speeding accident in Rhode Island is completely preventable.  We aren’t trying to preach here, as everyone speeds from time to time. That doesn’t mean it is good to do. Take care of yourself and those whom you ride with. Stop speeding every place that you go. 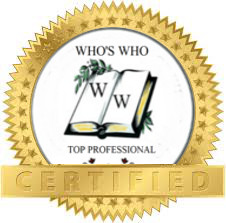